Change on the Horizon: An overview of the economy and its impact on commercial real estate 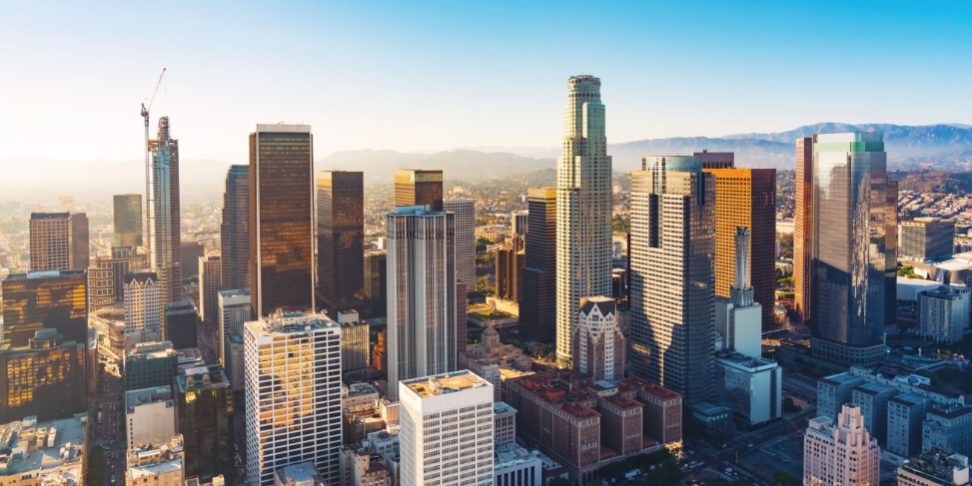 Change on the Horizon: An overview of the economy and its impact on commercial real estate

Commercial real estate is intrinsically linked to the economy at national, regional and local levels. That’s a good thing today and for the immediate term ahead, as economic strength continues to benefit almost all major asset classes.

Looking longer term, however, a combination of evolving economic, geo-political, and industry-driven factors, along with rising interest rates, an expanding trade war, and potential overheating in key markets and segments, indicate a slowdown is on the horizon within the next few years.

Contributing to the current hawkish view at the national level is real GDP growth, which forecasters put at a healthy 3% for 2018. At the Fed’s June 13th meeting, Chairman Jerome Powell proclaimed the U.S. economy was in “great shape,” raising the institution’s projections for economic growth and lowering its projections for unemployment.

Citing solid economic growth, a strong labor market, and inflation close to its 2% target, the Federal Reserve raised its benchmark federal funds rate by 25 basis points to the 1.75% to 2% range, with two more increases expected before year-end.

What does all that mean for our corner of the world…commercial real estate in California?

First, it has translated into commercial construction that is at near pre-recession territory. For example, according to Colliers International, new construction totaling 5.2 million square feet is underway in the Los Angeles Basin office market alone, three quarters of which will deliver in 2018.

However, for a second year in a row, commercial real estate transaction volumes declined in 2017, with the total value of Office, Industrial, Retail and Apartment transactions decreasing by 13% year-over-year. All asset types experienced slower market activity, except for Industrial which increased by 8%.

Despite the slowdown in volumes, prices continue to increase. The Manulife Asset Management U.S. Commercial Real Estate Outlook for 2018 indicated that Apartment, Industrial, Office and Retail average prices were up year-over-year by 10.2%, 9.8%, 4.1%, and 3.7% respectively.

The view from the Golden State has been quite auspicious as well. California has benefitted from national growth, as well as from domestic expansion within the state itself, to recently become the world’s fifth-largest economy, surpassing the United Kingdom.

Why things may change

Nothing stays the same forever. Perhaps with a realistic risk of throwing a wrench into the current rosy scenario, there are multiple challenging forces in play, including the combination of a tightening labor market, higher interest rates and inflation, and the emerging global trade war. Gary Pollack, head of fixed-income trading at Deutsche Bank Private Wealth Management, said in a recent Wall Street Journal article, “The economy doesn’t need two more rate hikes (this year), especially with geopolitical risks.” Such risks include tariffs, which could slow growth in the U.S. and around the world.

UCLA Anderson’s forecast, issued in June, proposed that the markets are signaling higher inflation and interest rates, a shift from slow growth and low interest rates. All things remaining the same, the forecast projects a 3-2-1 scenario, with expected growth in 2018 of 3%; 2% in 2019; and 1% in 2020, moving toward a potential recession.

USC’s Lusk Center for Real Estate looks toward a potential trade war and concluded it could have a significant negative impact on the value of industrial real estate, depending on the economic impact of tariffs, along with a slowing of construction due to increased prices of material, which is the first place it could be expected to show up.

From the commercial real estate point of view, the combination of higher interest rates, potentially overheating property markets, including oversupply and overvaluation, and evolving demand requirements–coupled with tariffs on exports and imports on a broad variety of raw and manufactured goods—will no doubt impact both the supply and demand side of the equation and affect a spectrum of property types.

Higher interest rates will impact the cost of capital and borrowing costs for everyone, from developers to consumers, affecting both lending and new investments. In part, and in turn, higher rates usually go hand-in-hand with declining stock market valuations and offer new opportunities for investors to re-allocate funds.

As interest rates take a more central role, overvaluation is starting to be sensed in various segments of the industry, especially in those locations that are overbuilt. Each property type varies, and market data lags, not usually showing up until the following month or quarter. Nevertheless, there is evidence of upcoming change.

Today, the economy and most property segments are still in positive territory, with available market evidence indicating stability for most property classes and opportunities still emerging, or even robust, in others, such as industrial.

While 2018 is projected to remain solidly in growth territory for the economy at the national and regional levels and in California, change is on the horizon. The opportunity now is for investors, lenders and other industry players to make strategic adjustments and plans as the year progresses, to well-position themselves for what’s next.