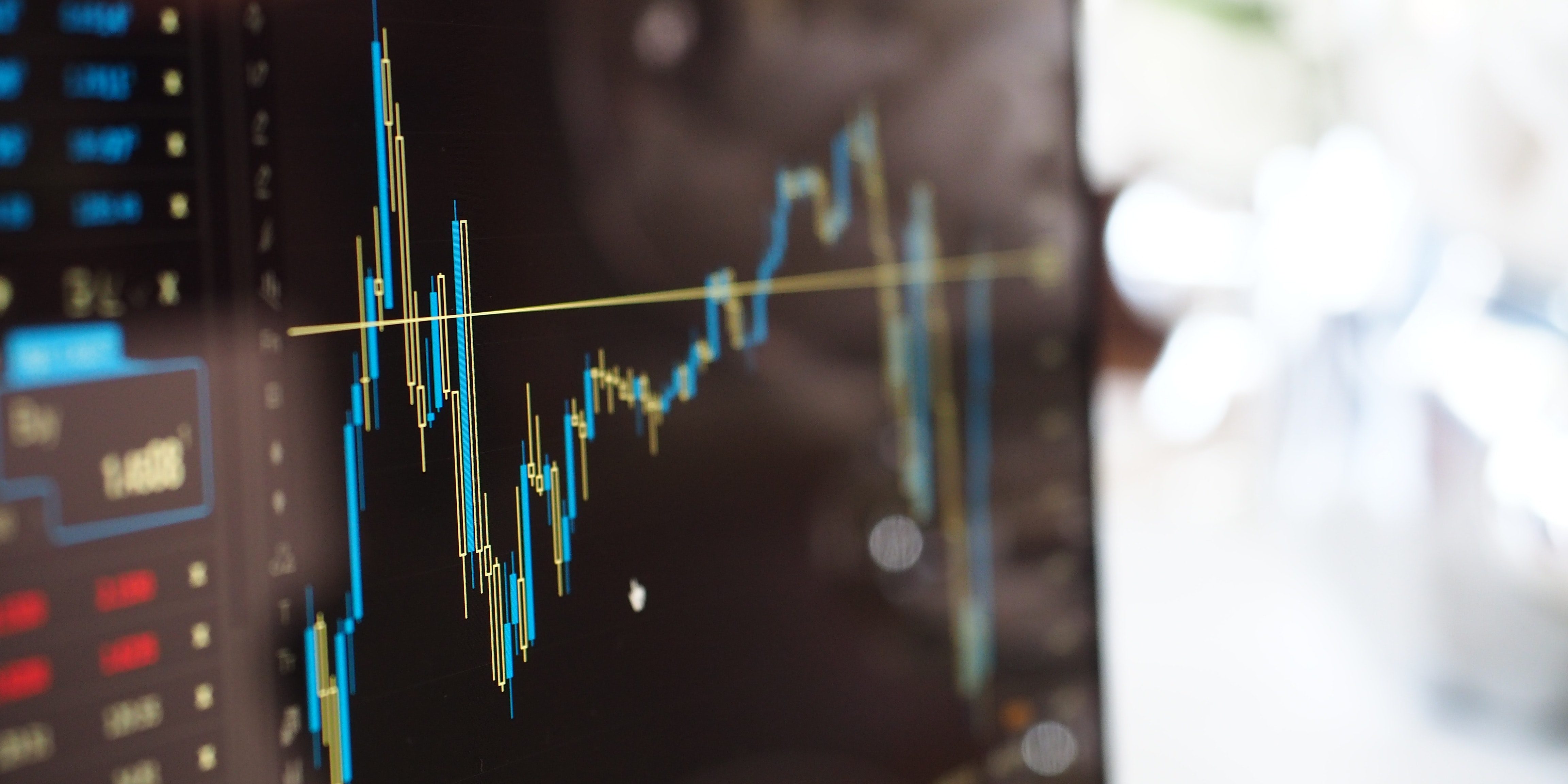 2018 has been a dynamic year. Opposing forces have been pulling at both ends of the economy, with commercial real estate and the capital markets watching the interest rates, trade cycle and politics with attentiveness and concern waiting to see what happens next. A strong economy and historically low unemployment have been pushing against higher interest rates and rising costs for raw materials, all while being challenged by fundamental shifts in the commercial real estate landscape. The capital markets became more liquid as many banks eased commercial real estate standards. At the same time, alternative financing sources, including private money, flowed into the space to capture a bigger piece of the CRE debt pie. Rising interest rates, concern of a potential trade war and related tariffs as well as increased competition in capital availability spooked some players in the market. This made room for an even broader array of capital sources willing to be more creative and flexible.

Keeping track of these market shifts isn’t easy. To remain nimble today and in the future, it is essential to understand these fluctuations and see their potential short- and long-term effects on capital availability and the overall commercial real estate market.

The U.S. economy grew steadily through the third quarter of this year. The Bureau of Economic Analysis estimates that the GDP grew at a healthy 4.2 percent in the second quarter and 3.5 percent in Q3. Meanwhile, unemployment has continued its steady decline dating back to 2009 when it hit a high of 10 percent. This year began with unemployment at 4.1 percent, and it hit a 10-year low in October at just 3.7 percent. But despite strong fundamentals, the ground is unstable. The threat of premature and excessive interest rate hikes is looming while the potential for a continuing and growing trade war lingers. These combine to make investors and the market uneasy.

In commercial real estate, we’re experiencing a range of opposing fundamentals and outlooks. The media has been calling the death of retail for over a year, yet it continues to show improvement. In October, retail sales grew 4.6 percent in October, compared with a 4.2 percent rise in September. However, the sector’s growth hasn’t entirely translated into growth in retail asset transactions as demand remained stable to weak depending on the market. Overall, multi-family remains strong while industrial and manufactured housing continues to heat up. Meanwhile, the office market stabilized with pricing and volume declining for the CBD and suburban markets in the first half of the year.

A Dance of Opposing Forces

While economic fundamentals have been very positive so far this year, the U.S. also saw the beginning of escalating trade tensions with its top three trading partners: China, Canada and Mexico.

Kicking things off was an investigation into steel and other imports by the U.S. federal government last year. Things got more intense when, in January, the first round of tariffs were imposed. This was followed by another round on steel imports and other products from China, Canada and Mexico. Each country retaliated with counter tariffs and barbs causing ripples of uncertainty in the potentially affected sectors.

The tariffs impacted the cost of raw materials used in everything from manufacturing to construction. Of course, these costs have to be absorbed somewhere, whether by the consumer or the seller. This could mean lower profits, leading to fewer resources to expand, invest and hire. It could even lead to an economic contraction. Moreover, the increase in construction costs, combined with the higher cost of capital, reduced labor supply and a maturing expansion are also impacting new construction starts. According to the 2019 Dodge Construction Outlook, total construction starts grew 11-14 percent each year from 2012 through 2015. That number dipped to 7 percent in 2016 and 2017. In 2018, it was just 3 percent.

While this may seem like more than enough potential strain on future growth, the Federal Reserve increased interest rates three times this year. We will have to wait to see if this affects trading activity in 2019.

Amidst the uncertainty, borrowers have been seeking shelter or, at the very least, options in the form of private money less impacted by federal regulations and political forces. This has created an opening for more “all cash” deals, and also more creative loan structures as borrowers opt for greater flexibility, perceived protection from the storm and a hedge of what may be down the pike. This trend has not been lost on the banking industry.

In Q1 of this year, a Federal Reserve survey of 72 domestic banks and 22 U.S. branches and agencies of foreign banks noted that U.S. banks had loosened lending standards for the first time in three years as a result of more aggressive competition from other banks or nonbank lenders. Later in the year, the survey reported that in Q2, banks had left lending standards relatively unchanged and had seen weaker demand for commercial real estate loans.

Meanwhile, the CMBS market has been experiencing new trends as well. New risk retention rules have sliced the number of CMBS lenders nearly in half. But the wave of maturing loans needing refinancing has also decreased, with a combined impact of maintaining a competitive atmosphere. In addition, the retail market, which everyone is eyeing for potential default, has prompted a couple of CMBS lenders not to do retail deals at all.

Life insurance companies, typically traditional lenders, have also been impacted by the increased competition in the lending market in the form of tighter spreads. The decreased opportunities for profit, however, haven’t steered them away from the commercial real estate lending space. Life insurance companies, which tend to adhere to stricter underwriting rules, grew their overall investment in commercial mortgages in the U.S. by 8.4 percent in 2017 to $422 billion, compared with the previous year’s 7.5 percent growth rate, according to Fitch data. As long as the industry’s fundamentals remain stable, life insurance investments in the sector will remain strong.

The changing landscape has resulted in a shift in lending resources and perceived strength by the industry. The American Bankers Association’s 2018 Commercial Real Estate Survey Report indicated notable differences in who or what the surveyed bankers considered to be their biggest competition. The highest growth occurred with nonbank lenders and credit unions, which increased from 1 percent each to 5 percent and 7 percent, respectively, as well as large banks, which grew from 13 percent to 45 percent.

Nonbank lenders have forged a predominant place in the conversation with more creative loan structures than traditional banks can, or are willing to, offer. For example, by delivering structured finance products like deferred interest loans, nonbank sources can offer borrowers more liquidity and lower loan costs with private money execution while providing debt investors an opportunity for safer senior mortgage investments in an increasingly uncertain economic environment. For borrowers seeking a more all-inclusive capital stack, sourcing mezzanine and preferred equity in the alternative financing space becomes instrumental in crossing the transactional finish line.

It’s important to remember that quarterly GDP growth estimates are measuring growth, or the lack of it, as laggard effects of previous forces. Although economic activity has been strong, and unemployment low, investors will tread carefully in the midst of the potential effects of the evolving trade tensions. This includes consequences like rising costs of raw materials, continued interest rate hikes, stock market volatility and any cyclical shift in the real estate industry.

While the commercial real estate landscape is riddled with opposing forces, many opportunities remain. To take advantage of them while hedging against the change we see on the horizon, it’s essential that investors look beyond the fundamentals and give themselves options. Considering all the forces that are affecting the market – securing alternative financing options that deliver greater structural creativity, speed of execution, shorter maturities to increase flexibility in a changing market and more intuitive lending practices – is one place to start.